Mistress Jina sits down on her slave's face naked and forces him to lick her pussy first. Then she rubs her twat over his mouth and nose till she has her first orgasm - but she's far from being satisfied just yet, turns around, forces the slave to lick her butthole and smothers him under her great ass. She doesn't care about his need for air or the pain she's causing him as long as she's the one getting off in the end. 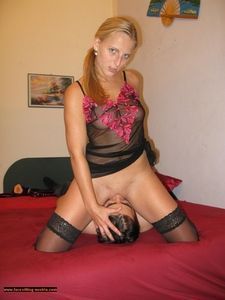